How Do I Love Myself? 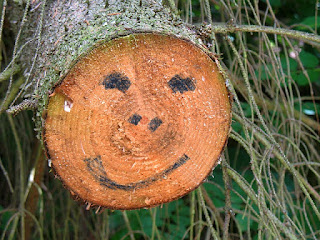 I don't know if we're necessarily meant to love ourselves because everyone has things about them that they dislike. The idea that you should try to love something that you, in fact, don't love, is absurd. Besides, having an over abundance of self-love results in arrogance eventually. Having a head that's too big can and does bring out the worst in a person. What we're meant to do is a system of weights and measures.

From the years 2009 to 2012, my entire life completely changed. My grandmother lost her beautiful home in Thomasville, North Carolina, a house I had grown up in during my teenage and young adult years and come to love as my true place of belonging. I also ended up leaving my home state and immediate family entirely and moving half way across the country. The choice now is simply that I can either choose to dwell on something that will never be again, or I can look at what has happened in my life as a result of the tragedy or the change. In other words, can I place parts of my life on a scale and either balance them out or make good things outweigh the bad? And if so, can I love those things instead of hating the others? When it comes to my life personally, one thing I certainly dislike is the fact that I spent so many years wasting time instead of making a future for myself. A lot of pain and dead ends have resulted. But the choice is to either hate myself for all that, or focus on the life I have now and what I am doing in present time to indeed obtain a better life. And, most importantly, am I grateful that the opportunity still exists and will I now take it as far as I can?

The reason so many people have no sense of self-love or self-satisfaction, is because they base their self-worth on all the things they don't like about themselves, and/or on the opinions of others concerning them. We may not be meant to love ourselves as much as we're meant to love the lovable things about our lives. Many things can't be loved, but love can be found in many things.