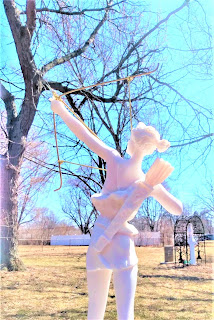 Religious people tend to be less depressed than non-religious. This is not an opinion, but the fact of 61% to 67% of studies on the subject. It's been something long thought to be true. While there are always exceptions to every rule, the over all reality is that people who are religious and spiritual tend to have better mental health, which you would think shatters the idea that religion is a "mental illness," as some non-religious people ridiculously claim. The bigger picture is that this is hard evidence that Divinity exists. Why? For the simple fact that depression is a real condition, a chemical imbalance, and thus, it's not something that you can "believe" away. In order for the affliction to be conquered or controlled, order and balance must be restored. So what do religious people have in this case that non-religious do not? The presence of Gods and ascension inside and around them.
All that is Divine can do good for the human condition. Take the Sun for instance, which was and still is a God to certain people and groups. The Sun's light and rays have proven healing powers (Apollon being God of the sun and healing). The light can as well push depression out of the mind and even heal infants of jaundice. The Sun saves the babies from permanent brain damage and death caused by this affliction. Again, jaundice is not something you can "believe" away. The Gods are literally staring us right in the face if we would simply open our eyes and look. Higher Powers are obvious.
Being someone who has battled severe depression and severe anxiety disorder in his own life since I was a teenager, I can attest to the power of the Gods in confronting the conditions. The medicine provided by the Gods and my doctors also helped a great deal (as they were meant to), but without the Gods themselves I feel I would have simply been soiling the problem. The Gods are the ones who lift our minds to a higher plane. Our lives become unbothered, at least in my experience, by the typical obstacles of mundane life. When I walk into my temple, all my troubles leave my mind. When I sit in the hot rays of the Sun, it's as if nothing else matters, an overwhelming sense of good, love and security takes over.
Perhaps this observation has been with us even as far back as ancient Greece, when Homer wrote, "Those who depart from the Gods, I find to be in wanting."
In the Goodness of the Gods,
Chris Aldridge.
at April 19, 2022 No comments: 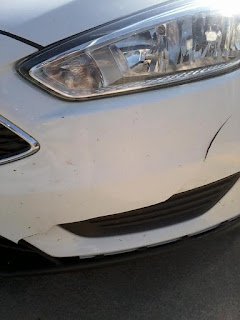