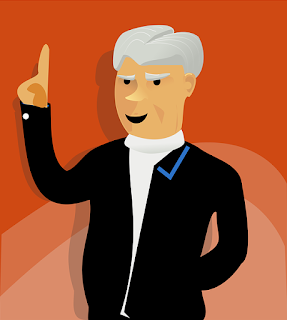 We all know the stories of the persecution of Polytheistic cultures at the hands of Monotheism, but what I want to talk about is something rarely noticed, and because it's so easily missed, the campaign against Polytheism continues to gain ground in the academics even of today.

As followers of ancient religions, one thing that puts us at a disadvantage today is the fact that our ancient literature is translated not by people like us, but by Christians or other forms of Abrahamic religion. Not only was there an attempt to wipe the old cultures from the Earth, there was and still is a revision of history by the conquerors.

Yesterday, I came across a copy of Plato's dialogues, a book of "complete works." This copy, however, was quite old, published in 1960. I picked the book up and started looking through the pages because I simply adore old literature, especially if it's from my religion and culture. I thought I would have a nice morning with some light reading of The Apology from this particular publication. For those of you who don't know, this dialogue is the defense of Socrates against the false charges levied against him by his prosecutors. It's certainly one of the most noted of Plato's writings. Any student of Socrates no doubt has this dialogue come to mind when his name is mentioned.

I didn't even get a few pages into it before I noticed clear religious errors in the translations. These were repeated, which means they were not mistakes. Of course, as per usual, it centered around the continued insistence that Socrates was a Monotheist and didn't believe in the Greek Gods, something we now know is a lie but that some continue to propagate even now. When Socrates talked about his mission from Apollo as given to him by the Delphic Oracle, the text kept omitting from Socrates' speech the word "the" before "God." So for example, the text quoted him as saying, "only God is wise." When in actuality, he said, "only the God is wise," meaning Apollo. That simple omission by modern writers and translations is something few people really notice, but it's one of the simple ways that modern mainstream theology sways history into its worldview, thus continuing to hold rule over the religious and theological minds of the people.

Monotheism counts on people being too simple to research what they see at face value. Socrates was a devout Hellenic Polytheist. He declared himself to be on a mission from Apollo to enlighten the Greeks, and that he would NOT give up this mission even at the cost of his own life. That doesn't sound like someone who doesn't believe in the Greek Gods. That sounds like someone who has the utmost devotion and dedication, as well as assurance in his belief. Just because he may have rebelled against some of the social norms of his time, doesn't mean he renounced the Gods of his people and culture. For example, the American colonists completely rebelled against England, but many of them were still Christians just like the British soldiers marching against them. The Americans didn't consider themselves to be fighting against Jesus even though they routinely shot at the flag that displayed his symbol. Theology and social ideal are not necessarily dependent on each other. Needless to say, I placed a post-a-note on the cover that said, "Inaccurate Translations."

History, it is often said, is a craft of the presenter. There's a lot of talk these days about "fake news." I don't know about all that, but I do know there is certainly "fake history."