How I Explained Polytheism To A Young Christian 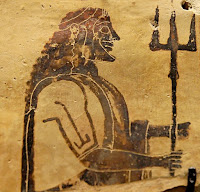 Yesterday, I held a literary signing at the Freeport Public Library in Freeport, IL to promote some of my latest publications in magazines and journals. I also brought some copies of my memoirs In The Presence of the Gods, which outlines my experiences with the Greek Gods throughout my life. It was originally intended to be an event to just promote my latest fiction, but I figured that the more stuff I could sell, the better, so I brought some of my non-fiction material as well, and it sold just as good as the opposite.

But an encounter happened to me that I will always remember, and that I think is worth noting. A very friendly young man hung around me for a good portion of the day, being interested in my writings and what I was doing. When he picked up my memoirs and learned that I was a Polytheist, it became clear to me that he was a Christian, because he asked me, "Do you believe in Jesus Christ?" I told him that I did believe Jesus to be a real historical man, but that I didn't believe him to be a god or divine. The boy basically went on to ask me, "Why do you believe in many Gods instead of just one?" Being that he was a young man and more curious than anything else, I came up with what I thought was a good way to explain my theology to him on a level he could comprehend. I never, at any point, tried to tell or convince him that his beliefs were wrong. Instead, I taught him about my own. 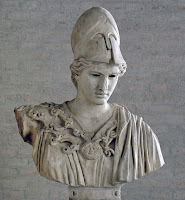 I asked him, "Have you ever been outside?" He replied, "Yes." Then I asked, "Do you see one tree or many?" He replied, "Many." I went on to ask, "Are they all the same or different?" He answered, "Different." I continued my line of questioning. What of grass, is there one blade or many? What about clouds? Is there one or many? And what of other worlds? Does our Solar System have one or many? He replied, "Many" to all of my questions. Then in conclusion, I said, the nature of the universe dictates that everything exists in multiples, not singulars, so why should God be any different?

And yes, I know some people might ask, "Can there not be one painter who paints many things?" Of course there can be, but is there just one painter in the world or many? Is there only one who paints all paintings? No, there are countless painters. So once again, all things exist in multiples.

He didn't have an answer for me. He just shrugged it off, but I would like to think that I encouraged him to think outside the box in his life, to come to his own beliefs and conclusions about things, instead of just blindly accepting what others tell him is truth. It's quite possible that I will never again encounter the lad, but I hope that I created another student of Socrates at least.