Can Prayer Be An Offering? 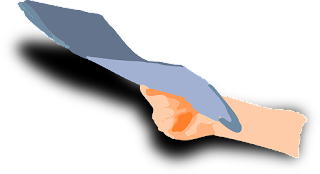 Once when I was doing my weekly rite of Athene, I had to prepare and execute a little more quickly than usual because of some other pressing obligations later that day, and in so doing, I did not have anything to present to Hephaistos, Nike, or the Spirits and Heroes of the day who are associated with Athene. But then I remembered the belief that some Hellenes hold, which is that the Gods love it when we recognize them and their greatness, and since the prayers I used did just that, I thought it would be sufficient. I didn't think about the question until later in the day, but it inevitably surfaced: can prayer be an offering? This could be an important question for people who find themselves in a daily rite or ritual without anything to give for one reason or another, but still need or desire to make that connection with the Gods, Spirits or Heroes.

The answer is absolutely, a prayer can most certainly be an offering, especially if you wrote it entirely yourself for that specific Divinity or Divinities. If the Gods take delight in our recognition, then all things given in those respects are gifts that show our love and devotion. This is what an offering is in its entirety. And the Gods never forget. Athene remembers what happened 5 minutes ago just like She remembers what happened 5,000 years ago. She knows how I prayed last week, and how the Greeks prayed on the shores of Marathon. I believe the Gods remember our devotions in whatever form they take.

A prayer that is written by you can also be a great offering to the Gods in the sense that it aids in rebuilding the Hellenic religion. Anything we build or create in honor of the Gods, Spirits or Heroes is an act of devotion, reverence, gift, offering, etc. So when you create your own prayer and write it down in secure records, like a book or a protected journal, you have brought into existence another delightful piece of Hellenic religion and the recognition of the ancient Gods in our world. It's a wonderful offering or gift, especially if those writings later go on to be largely used in Hellenism, or discovered by historians and archaeologists later on as they try to piece together a past understanding of contemporary ancient Greek religion.

In my life as a Hellenic writer, I have myself composed numerous new prayers, around 250 to be close to exact, and those writings are published in book form so they can be distributed to Hellenists and Pagans. Of course, it wasn't an easy process. All the prayers of mine that people now see have been in the making since 2009. It's taken me 7 years to assemble them all. In my advice, if you want to give a continuous, custom offering to the Gods, then custom prayers are a good way to do that, if it's all you can present for any given reason. Furthermore, publish them if you can and wish. Create your own website or blog and post them as your contributions to the worship of the old Gods. Pray often.

In the Goodness of Olympos,
Chris Aldridge.
at November 06, 2016