Does Religion Make You More Moral? It Appears So 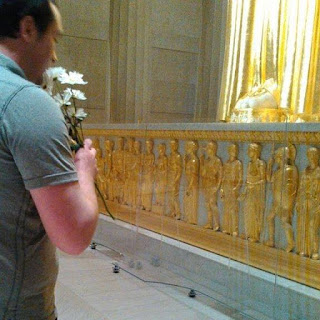 Lots of people think one does not need religion or spirituality to be moral, but in my own personal life, I can attest to the fact that I am indeed more moral than I would be without Hellenism.

Of course, morality is not always universal. Each person may have their own definition, but every human being has a certain set of values and ethics, no matter what their religious beliefs or lack thereof may be. Even the most faithless person on Earth has morals. They may say, "I think it's wrong to be prejudice" or, "I think it's a virtue to keep your word to people." Those are morals. However, being religious gives us the potential to have many more morals and ethics that we might otherwise not have without it.

Religion or spirituality sets us up to be conscious of the fact that everything we do, and sometimes everything we don't do, has consequences, whether for the good or bad. Whereas if you think there are no consequences, you're more likely to do whatever you think will have no matter on anything. Some people even think that it's only immoral if you get caught, otherwise no one will ever know and it will make no difference. But we, on the other hand, believe the Gods know, that the universe and our own energy knows, and will repay or respond accordingly. For example, when Justice Scalia died, even though I didn't like his politics, I did not speak ill of him. In Hellenism, it's frowned upon to talk bad about dead people or to challenge someone who is not present to defend themselves. This is immoral for good reason, because those who are not here cannot respond to the attacks or defamation. It's a cowardly act and simply low class to spit on someone's grave, even in a metaphorical sense. But there were people who said that it didn't matter because they weren't religious, and they could publicly call him whatever they wanted. I think most of us would consider respect for the dead to be a moral, or to at least not desecrate their grave. Therefore, I had more morality and perhaps honor than my non-religious counterparts.

There have been times in my life when I have had the opportunity and the ability to do something wrong, even to break the law, and get away with it. But I never did because of the Gods and the morals of my religion. I knew it would be an offense to Olympus or a dishonor upon me, and I could not face the Gods or myself that way. My religion has kept me on a path of goodness and virtue in every way.

I'd say that those of us who are religious and spiritual recognize that we have a grander purpose and place in life and the universe, and that the two have meaning far beyond mere flesh and bone. Therefore, we become more conscious of how we behave and the virtue we strive to achieve therein.