Is A Second Heroic Age Possible? 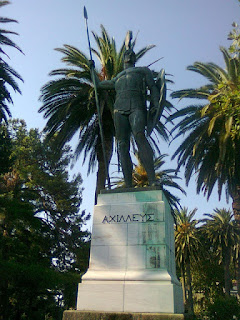 The ancient Heroic Age of Greece gave us many of the Heroes we pray to and admire today in Hellenic religion. Many think these days to be long gone, and even Hesiod, as far back as he goes, wrote that man has entered an Iron Age that is anything but Heroic. In many ways, this line of thinking is correct. However, Heroes never stopped being made, or at least, the possibility never ceased. The particular Age is not a necessity. The Heroic Age is so named simply because it was the time period when there was a great birth of Heroes known and documented.

I have said in the past that a Hero or a Heroine is someone who is self-sacrificial, and capable enough to do good things that the common man or woman is unable or unwilling to do. The ability to be a Hero lies within all of us. I think on the cases where someone miraculously lifted a car off of their loved one who was trapped beneath, demonstrating literally superhuman strength in a time of great need. The power of a Hero only needs to be channeled, activated if you will. To be a Hero, we need only pick a noble mission and complete it, whether we free someone from entrapment beneath a 4,000 pound vehicle, or simply give love, compassion and hope to someone who has none. Often times, that mission includes thinking about someone other than ourselves, and through that goodness and nobility, we reach a spiritual level where we are much closer to the Gods, even in the afterlife.

Now it should also be kept in mind that good deeds alone didn't always make a Hero. There were many ways to become one. Simply suffering a spectacular death might make someone a Hero. But there was also nothing exceptional about the deaths of Heroes like Theseus, Odysseus, Achilles and Oedipus. Theseus simply died from a bad fall essentially, and Oedipus, by all accounts I have read, basically died of natural causes. What's exceptional is the life they led. And it's also true that there are no living Heroes. All Heroes of the status have passed on into higher levels of spiritual and Divine existence, but their lives on Earth helped determine that. 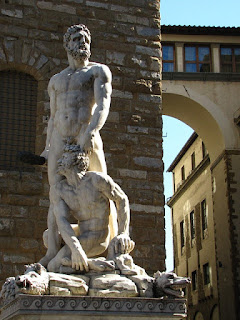 The qualifications for Heroism can still be met today and Hero status achieved. In fact, I would argue that there are certainly many Heroes, both of ancient and modern time, who live Divinely powerful and influential in the afterlife, but we don't know of them because they were largely unknown, or their families didn't believe in Hero veneration. With the right achievement, humans could even enter a Second Heroic Age. What keeps us from a second Age of such excellence is our mentality. A great many people today either only care for themselves or don't care about anything at all. In short, few people care about things anymore. When criminals and the tyrannical king of Crete threatened Greece and Athens, Theseus took out His sword and stopped them all. Today, it is likely that no one would do anything. They would simply accept their situation and live under the terror. And people who didn't live in their path would most certainly not care at all. "At least it's not happening to me," is the modern mentality that allows all wrong to flourish," and the idea that, "There's nothing I can do," is the attitude that prevents any and all achievement or betterment in life.

In the Goodness of the Gods,
Chris Aldridge
www.caldridge.net