How Can Reincarnation and Ancestor Worship Coexist? 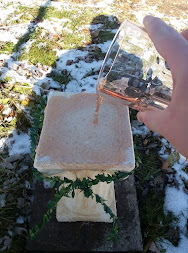 Many believe in reincarnation, and we also love to venerate, worship and call on our ancestors, the latter is certainly a structural part of not only Hellenism, but several Pagan/Polytheistic religions. Sometimes I even invoke deceased family members I personally knew in life; not many, but a few rare ones on occasion. For example, my grandmother on my dad's side who always loved me. If I pray to her, it's normally for peace (and it works, by the way). But in any case, there are those of us who wonder how the two belief systems can work together. If the soul reincarnates, how are our deceased there to hear us? How does John exist if John is no longer John but someone else entirely?
First, I think we should consider the fact that, at least in Hellenism, reincarnation is not the only form of the afterlife. In fact, I'd venture to say that it's new to Hellenism in terms of widespread community belief. In ancient times, most people believed in the Underworld (Realm of Haides), the Isle of the Blessed, and for serious offenders, Tartaros, as the destinations for human souls. Although Tartaros is probably not considered an eternal punishment, but largely a place of atonement before one can move on. Remember, in The Odyssey, Odysseus travels to the Underworld and interacts with His dead mother (a family member), and she doesn't appear to be going anywhere anytime soon.
However, even if in a small measure, there does exist an ancient source for reincarnation explicitly. At the end of the 10th book of Plato's Republic, we read the fantastic story of a solider named Er, who had a near-death-experience and returned to tell about the spectacular worlds of the afterlife. He spends a significant amount of time discussing the reassignment of human souls into other lives. No two ways about it, that's reincarnation. In my view, there are three possibilities. One, reincarnation is not the only afterlife. Two, reincarnation is the only afterlife. Or three, there is no reincarnation, but I think most would reject the last two. However, what if the second one is true? How then could there possibly be logic and reality behind Ancestor Veneration? 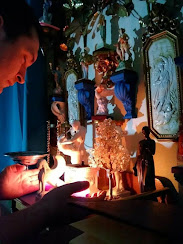 I think that the soul is a universal being and a universal reality, not bound to only one manifestation. Energy cannot be created nor destroyed, so some part of our passed loved ones or ancestors still exists in a notable form. To us, it may appear confusing, but to the vastness of Divinity and existence itself, it's rather non-issue and simple. Just as we cannot comprehend the universe beyond our telescopes and spaceships, but the universe itself sees and holds it all completely. In terms of Ancestor Veneration, I think of the soul in the example of a caterpillar. The caterpillar becomes a butterfly, but still has caterpillar DNA that can be studied. Or you might think of it in terms of growing into different life stages, but still knowing the past. I, for example, am no longer a student at my first college, but I can still tap into that manifestation. I can remember myself, the experiences, the knowledge, and to an extent, return myself to it to help others. The person I used to be, never completely leaves.
But as always, I have the wisdom to say that I may not know. What I know for certain is that I believe that reincarnation happens and that it's never stopped me from praying to and feeling the presence of those who have passed on before me.
In the Goodness of the Gods,
Chris Aldridge.
at October 26, 2022