Life Lesson From A 9 Year Old 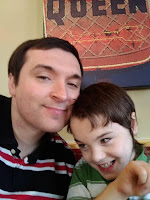 My son has a very special story, as many know. But his premature birth isn't really the topic of this discussion as much as his attitude about his life and circumstances. Most people are aware that he was born severely premature with the worst chances of survival and overcame it all; there's no need, at this point, to recount that. What's equally astounding is my son's view on life and how he decides to live each day, and I think the Gods, in part, gave him to us so that he could be an inspiration to the world. 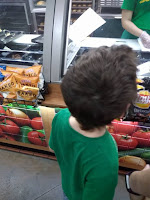 Many of us complain about more than we should from day to day. We don't like the weather, our jobs, our home life, whatever it may be. We might even let the traffic lights or the jerk tailgating us send our mind and emotions into rage and frustration. The First World, especially, has no lack of complainers. But people like my son, I think, are unique for two reasons. One, if anyone has a legitimate reason to be angry and sad, it's him. Life did not give him an easy start. He has lifelong problems and has been through painful surgery in the past. He also, for the most part, can't talk physically (although he has found other ways of communication), and at this point, we don't know if he'll ever have the typical life that normal people do. Of course, that's not to say he isn't a very smart boy, he is. But he is still special needs. 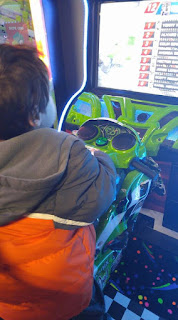 However, for two, my son is unique because he doesn't complain about it. He doesn't let anything slow him down. He doesn't care that he was born premature or that he has issues. In fact, on the surface, it appears as if he has no problems at all. He still runs in the open, laughs joyously at the sunlight, plays with his toys, and generally enjoys his life every day. He doesn't even demand anything from others except the food and drink he needs. All he wants is the energy to keep living. You won't find my son sitting his room lamenting and pouting over the cards life has dealt him, no. He finds the good wherever it is. He's the freest and happiest person I myself have ever known.

We should all be more like my son, who is brave enough to not let his circumstances define him. Who takes this life every day and makes it a happy one without letting anything stand in the way of that happiness, no matter how big or troublesome. He just loves life, and delights in all the wonderful things around him. Most importantly, he does this by choice. He could decide to not be joyful very easily, but I think that somewhere inside him, he knows life wasn't meant to be dismal.