Being Hellenic Isn't Just About Blood 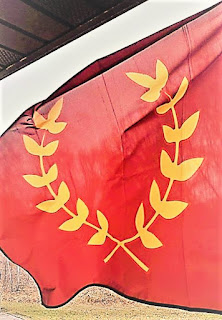 When my DNA results came back last year, I was very disappointed that it did not reveal any known Greek lineage, even though I still came from the over all Classical World. Not being specifically Greek, at least in part, was an emotional blow to someone like me who is devoted to the Greek Gods, and who at one point thought for sure they had Greek blood somewhere. Before the results came back, I stated that it wouldn't change who I was, and it hasn't. But I also got to thinking what it really means to be Hellenic, and I realized it's about more than just blood.

People who were born Hellenic have the easiest time being it, but not necessarily acting like it. There are countless ethnic Greeks today who are basically the Stockholm Syndromes of their people, who side and have a relationship with their Christian oppressors who teach them to hate the original Greek society they came from. It's basically a hatred for self. So just because someone has Hellenic blood, doesn't necessarily make them a real Hellene. Being an authentic Hellene is a mentality, a worldview, and a lifestyle.

It's about an undying love for the original Gods, for Hellenic virtue, honor and piety, for life and all of its wonders and pleasures, and for your ancestors. And it's also about having the mentality of a Hellene - meaning that your worldview does not oppose, destroy or contradict what it meant to be Hellenic. Sadly, Greece and her people have not been governed by the Hellenic mindset or values, and it doesn't take much to see how far the country and society has fallen since the time of Christian obstruction.

Blood is great, but it only goes so far. Your birth you had no control over, but the way you think and live is something you have complete control of, and therefore the latter is where you make your choice as to who you are, and who you are not.