A Pagan Response To "Experiences With Jesus." 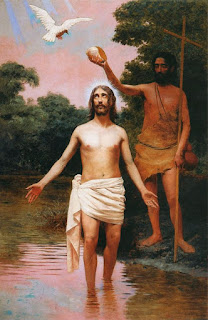 As far as my own perspective, I have no doubt that Jesus was a real man who founded a new religion. It's perfectly plausible that he existed, and eventually ended up having a swirl of myths tagged onto him, like mostly every other influential human figure of old times. If he was indeed an actual human, then like all other humans, he had a soul or a spirit, and just like in Hero and Ancestor worship, the soul or spirit of the person can be contacted, and that entity normally possesses powers and abilities greater than that of people in the flesh.

So, no, I don't call their religion invalid. I don't call them insane or delusional. I think it's perfectly possible that they are experiencing the manifestation of their human hero. But he is just that, a human hero like the countless others that exist. Jesus is a cultural ancestor, founder, and like many Heroes, a savior of his people. Heroes also often act as intercessors between mortals and their Gods, just as Jesus was said to be the bridge between his people and their deity.

I also think that Christians are used to looking at divinity only through Christian lenses. If Apollon came to them, cloaked in the light of the sun, they would probably think He was an angel, or maybe even Jesus, because that's the only way they know to explain it, and the only eyes they possess for the universe. So I also entertain the idea that they're not actually seeing Jesus, but a God or Being that is responding to humanity in a way that they can understand.

All in all, I think each person calls on things relevant and known to them, and that those who have passed on who have a direct connection with us in some form, can reach back into this realm and touch us. Jesus, as a human ancestor and hero of the Jews and Christians, is no different.