How We Know Achilles Existed

When people hear of the Tomb of Achilles, they don't realize that from Alexander the Great to Emperor Julian, and even as late as the Ottoman Empire, people have written of their visits to the site. We have multiple sources, some not even Greek Polytheistic, who testify to the existence of this structure and the remains of the Hero therein, and being that Achilles died during the Trojan War, His body would have been immediately accessible to the Greeks for burial, so there's no chance that someone far later discovered remains somewhere and interpreted them to be Achilles. Like the existence of Troy itself which was proven by archaeology, Homer's works are literally records of real places and Gods of cultures, so why are they also not records of real people? Achilles existed most certainly, and people visited His resting place well into the Common Era.

What makes the Tomb of Achilles lost today, however, is the fact that the marker is gone, as it was only identified by a pillar, and there's no record of exact coordinates. His remains lie unnamed somewhere near Troy. In other words, we'll probably never find it, and if we do discover His remains, nothing will be proof enough for a skeptical scientist. They will always find a way to deny what they don't want to accept, and always find ways to accept what they don't want to deny. Furthermore, what if there are actually no remains left? What if they have all withered away at the mercy of the elements? But what we can say for certain is that He was real.

The only general location of His resting place, which has been drawn, photographed and filmed many times, is a large mound called a tumulus, which is a man-made mound that normally presides over a burial site. Certainly not uncommon, as Greeks were burying war Heroes in mounds as late as the Battle of Marathon, long after the Trojan War. The town that was founded around or in the vicinity of the tomb, called Achilleion, was abandoned in the Hellenistic Era, leaving everything around it to fall either into the hands of ruins or bandits. However, the mound itself still remains and can be visited to this day.


Tumulus of Achilles on Video 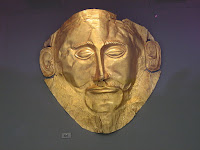 Who Were The Trojans?

We all know the famous story of the Trojan War (City of Troy VII), how the Greeks and Trojans across the sea, fought each other for ten years, until the Greeks, led by Odysseus, tricked the Trojans with the famous Trojan Horse. The story is enshrined in the human imagination, and thanks to Heinrich Schliemann, is also embedded in the books of human history. But who were the Trojans of this time, really? Has that question ever been successfully answered?

The first possibility is that they were a group of Greeks themselves. The Greeks came from the east and settled in mainland Greece. Troy is also in that direction. Remember, the Greeks had differently named settlements. Homer doesn't even call the invaders of Troy "Greeks," but rather Argives and Achaeans. So it's entirely possible that Troy itself was a Greek settlement, just called by its name instead of identifying with an entire ethnic category. It's also possible that the Trojans were Hittites, as the Hittite Empire was in Asia Minor, which is also where Troy was located.

Some people think that the Trojans went on to become the Romans. Legend has it that, when Troy fell, a Trojan named Aeneas, fled the city and founded what would become Rome, which, as Karma would have it, later conquered Greece. However, if it's true that the Romans were the remnants of the Trojans, it would be very, very early Rome. Remember, Rome became a mighty empire, and many different bloodlines lived and populated there. Even today, a Roman citizen might not be the same as a Roman even five-hundred years ago. I think it would be very far-fetched to go to Rome today, point to someone and say, "you're a Trojan." I think the Trojan bloodline is basically extinct, that it died out a long time ago, certainly as history knew it.

Who were the Trojans of the famous war? I think the fair answer is that we don't really know. But we do know that there was a Troy, and we know it as a fact because it was excavated by Schliemann, proven to the world, and we do know it was one of the greatest times of Gods and Heroes ever written about in the history of humanity. The brave men on both sides live forever in history and in our hearts.