When The Gods Hear You, You Know It 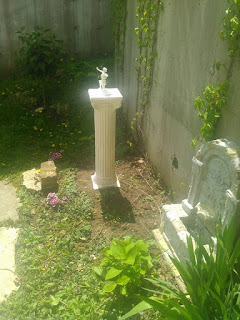 Moving is highly stressful, not to mention all of the financial dealings you have to go through. But, here I am again, about to move an hour and a half away from my present home to the region of Rockton and South Beloit, Illinois. Since my wife and I have been together, we have moved every year since 2009 up until 2015, when we settled in Elizabeth, IL up to this present date. Why are we moving again, you might ask? Well, human migration really hasn't changed that much since the old days. We used to move where the herds went. Now, we move where the jobs are, such as in my case. I have really enjoyed Elizabeth and the surrounding region, but when it comes down to it, there are just no prosperous jobs here. So my wife landed one out to the east of the state. There's also far more opportunity in our new area for the temple that I run. The hardest part, however, is that you know that moving a house is Tartaros on Earth; no one in the right mind wants to, or enjoys it. The last time, I moved the entire apartment alone, with nothing more than a hand truck and a moving van. Perhaps after I die, I will be the Hero of Movers, or the Patron of Toilsome Endeavors, or something like that.

Some time ago, I was lounging in my car at the park in Stockton, Illinois, thinking about all my stresses, worries and fears. Sometimes, life becomes too hard to deal with on our own, and that's when the Gods are there. My wife told me in the past, "Sometimes, you have to just give it up to the Gods." I tilted my head back, closed my eyes, and began to pray to Athene for strength, and Hermes for success in the move. When the Gods hear you, you know it, because a smothering blanket of peace and love came over me, complete calmness and delight. My troubles troubled me no more. I knew things were going to be ok one way or another, there was nothing to fear. There is nothing that can hold rule over me so long as the Gods are by my side.

The peace simply came in knowing that they heard me. Absolutely nothing had happened yet in regards to the move. We had not even found a new home. But I knew the Gods heard my words, a simple common man, and that alone was enough. Their power and presence is beyond amazing. There are no words which a human mouth or hand can use to describe it. The best I can say is that, when you're in the presence of the Gods, goodness is all that exists there.

That's great. But how about a post about the not-so-good effects from your Gods?

The Gods have never harmed me, they've only blessed me. So I really don't have any stories like that.