The True Meaning of Socratic Restraint 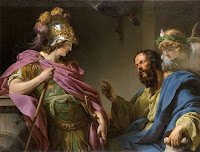 Today we are often under the misinterpretation that Socrates was a man of abstinence, and that's not technically true. We know that he enjoyed drinking, was married, and had the hots for Alcibaides. While some Christians and Muslims would like to use him as the ancient poster boy for anti-humanism, Socrates was not a man who hated his humanity. Quite the contrary, he loved being human and dedicated his life to learning how to live the most. His humanity was not something he rejected. Rather, he tried to regulate and conquer it. But what does that mean, exactly?

The ancient Greeks were well aware of man's sensual side, but that if kept unchecked, it would consume. Think of the last time you were very sexually aroused. Were you thinking about anything else other than the pleasure? Quite likely, you weren't. Even today, people do things without thinking of the consequences, because all they're concerned with is the satisfaction of a given action. Someone cheats on their spouse without ever considering their partner, the partner of their lover, or the damage it could cause to both their families, because the pleasure has overtaken their minds. People eat and drink uncontrollably without wondering how their bodies will be a few decades later, if it is still alive at all, because their minds are only focused on the enjoyment of the substance. People are consumed by greed, determined to make as much money as possible, and never think about who or what they might have to harm in order to do that, because the sensual longing for more and more wealth literally creates a Midas Touch.

Socrates believed that such an inability or inadequacy would render someone unable to tell the difference between right and wrong, virtuous and non-virtuous. When your mind only has room for one thing, nothing else can be thought on or acknowledged. So Socrates wanted to become a man who could enjoy life, but without losing the ability to think in the process, without being unable to weigh virtue. It was not that he thought pleasure had no place, it was the fact that he considered virtue to be more important. Pleasure was not inherently destructive, our inability to reason was.

In the Goodness of the Gods,
Chris Aldridge.
Posted by Chris at 4:26 PM 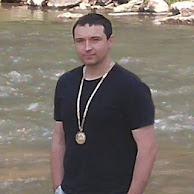