My Address To The South Beloit City Council 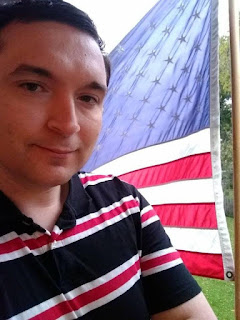 To promote environmental reform in South Beloit, today I spoke at the City Council meeting.

Mr. Mayor, Ladies and Gentlemen of the City Council,

Thank you for letting me speak today on this important matter. I'm Chris Aldridge, I just recently moved to South Beloit, and I am an Environmentalist. I've lived in many places during my 34 years on this Earth, and normally wherever I am, I make a conscious effort to maintain the natural land around me. At my address, you'll find my apartment building, and behind it is a small section of forest that I have decided to adopt and clean. Since, obviously, no one else was going to and it was only going to get worse and worse.

During the last weeks of October, I made three full trips through this woodland. On the outside, the problem of litter may appear small to non-existent, until you actually enter and start looking around. Within just 30 minutes for each interval, I pulled full bags of trash from that forest floor. Wrappers, bags, cans, cups, and even discarded toys and clothing were removed and properly disposed of, and the bigger problem is that you can see the litter extend far beyond my own section of the woods.

The woodland has two problems it has to face. One is the fact that it stands next to public dumpsters. Even though the City has waste management services, I've actually picked up after the garbage truck myself. I've seen the garbage truck allow things to fall out during collection without picking it up, and the wind carries it to the wooded areas. The other problem is that people walk through and carelessly throw things down. I ask that the Council pass stricter enforcement of the City's anti-littering laws, and to also require its waste management companies to be more cautious as to what may fall out of the dumpster and to pick it up when they see it. Not just at my apartment, but anywhere in South Beloit.

Not only does litter have an impact on my home, but also the entire City. If not maintained, it can spread into the larger parts of the City, into the water systems, and onto private properties. The president of the United States, much to his credit, recently signed the Save Our Seas Act into law, to address the problem of litter in the oceans. I ask that South Beloit join these ranks with a Save Our Lands Act. I think most of us want good environmentalism, but we get overwhelmed because the world is a big place. That's why each American locality should focus on their own jurisdictions, and eventually the whole country will improve.

Thank you, may the Gods bless South Beloit.

The speech went very well. The Commissioners were interested in my experience and said they would certainly get on to the waste management services. Apparently, my address isn't the only place it's happened. I hope the Council will go one step further with my proposed Save Our Lands Act.
at November 05, 2018