When The Greek Gods Saved My Son 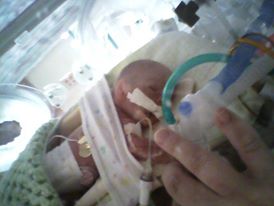 When my boy was born severely premature at 24 weeks, every doctor expected the worst, and were clearly not setting themselves up to overtly hope for his survival. They were prepared to expect death. He had the worst chances of any child born in his condition, a 50% chance he would not make it, and a 70% chance that he would be a vegetable if he did survive. It's a grim and painful forecast when you have to think about the possibility of burying your child, or not having any room to celebrate just yet even if he makes it out of the hospital.

I remember one of the first days I visited him in his incubator in the NICU. My faith in the Gods has always been strong. I knew they had saved me and my family in the past, so I knew I could put my trust in them again. I placed pictures of Apollo, Artemis and Athene on the windows of my son's crib. Soon after, he began to breathe on his own for a while without the help of a ventilator. Everyone was amazed. I realize now that what I saw was more than just my son breathing by himself, it was the presence of the Gods there with him. Apollon and Artemis protect infants and children, and Athene is the Goddess of Strength. Following this, I was also astounded to find a numerical sign surrounding Gryphon. He was born on the 4th, his incubator number was 4, and his mom's discharge room number was 4444. This is the number of prosperity and good fortune and none of this was in our control. It's like the Gods were telling us not to worry, that they were there. 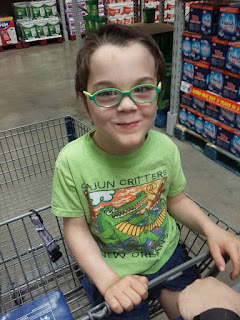 As time went on, Gryphon grew bigger and stronger and exited the NICU after a little over 100 days with no major complications. Later in his life, he was diagnosed with a mild form of CP that made his legs tight, but that did not prevent him from walking. This baby that they said would be a vegetable or in the grave, now walks, runs, laughs, plays, goes to school, has friends and can do basic things for himself. And even though his CP cannot be cured, it is in such a state where it can be treated and improved.


Gryphon has always been one of my proofs that the Gods are real. All I need to do is look at him, remember all that's happened and all he's accomplished. Everyone loves him. He's brought so much light to the world and happiness to everyone around him, and especially to me. I find so much inspiration in him and his story. He was simply meant to be here; it wasn't his time to go.