Are We to Pray for People? 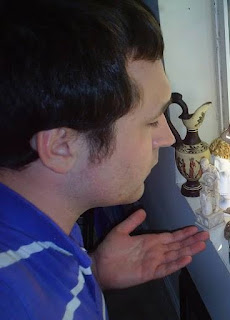 In Hellenic religion, are we to recite prayers in the favor of other human beings, places and causes? I would certainly say there's a basis for it, as there are ancient Hellenic prayers that encompass such a concept. Even Pagan leaders and influential Pagan people these days are saying that we should pray for people and for the world. But in what context? In what way should we pray for others? Obviously, the concept brings to mind mainstream religious practices, because we are so used to seeing the mainstream take part in all the aspects of religion. For this reason, those of the old religions may shy away from it, and it's certainly not something that is required. However, if one wanted to pray for another person, place, situation, etc, I don't see a problem with it as long as it's done within the morals and principles of our religion, or the religion that you yourself follow.

For example, it's perfectly fine to pray for someone's well-being, to pray that they be strong enough to overcome a disease or some other great obstacle, or that they be well and succeed in life in general. On a fairly regular basis, I pray for my family in general (not just my wife and son, but my extended family), and I pray for the safety and wellness of the world in general. These practices are not immoral in terms of old religion and modern Paganism, and it's certainly not unethical if the individual in question actually asks you to pray for them.

Now, with that being said, praying for others can become an offense to the old religion if done in inappropriate ways. Praying for someone to convert religions, to accept your way of thinking or a mindset outside their own, or for them to encounter any kind of harm, would be severely unethical and, in my view, a high offense. It's no one's place to decide what religion they follow other than them. It's no one's place to dictate their mind and beliefs other than them. And, of course, doing harm toward others just for meanness is not ethical. I would even go so far as to say that such prayers as these are an attack on a person's mind, body and soul.

In conclusion, as long as we keep it within the moral standards of our religion, I certainly don't see a problem with praying for goodness and wellness.