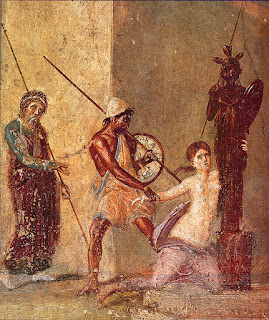 Before reading this post, I want to make it clear to everyone that I am neither democrat or republican, or liberal or conservative by label. I consider myself a free thinker and a Constitutionalist. I'm am American, my policy is common sense, and my belief is that if it helps people, I am for it, if it hurts people, I am against it. My political doctrine is the Declaration of Independence, the Constitution, and the rights of humanity. One will find that I have supportive and opposing things to say about both major parties. Neither one is completely right in my book. In fact, they both believe and do many wrong things. That's why if there was a viable 3rd party option, I may vote for them.

For many years, the Left side of the political aisle has been demanding that churches be taxed. Admittedly, they are mainly focused on mega Christian churches that rake in untold sums of money, with filthy rich pastors and priests that give little to no contribution to society. However, there would be much more to it than that, and I don't think the goal of the political Left is to actually tax for the purposes of societal stability. If that were their goal, they could more easily and more efficiently do so by taxing the super rich individuals of the country, like Jeff Bezos and Bill Gates. They have more money than some nations on this planet.

The first problem is that there has to be equality and fairness in the tax system. In other words, you can't tax Christian churches and leave all the other religious organizations alone. The government would have to tax every religious institution, including ones even as small as in the Pagan community. A tax rate could endanger the ability of minorities to exist, who have already had to fight tooth and nail for decades just to get the same Constitutional rights as Christians and other major religions. So the consequences of getting at someone like Joel Osteen is that every other religious organization will be bound beside him. They, of course, won't have the same tax rates, but their financial stability can still be shaken. You think that church taxation will get rid of mega churches, but it will actually ensure that they are the only ones that can never be threatened with extinction, because they will have the money to pay the taxes. It's everyone else who won't. Not to mention that to bring mega Christian churches into the tax pool, would mean that the law would have to give them an equal voice and representation in government. Do you really want to see Pat Robertson or Kenneth Copeland debating policy with the government? I certainly don't. In fact, I am terrified by the thought. Keeping them tax free, I would argue, actually preserves the separation of church and state, which the mega Christian churches would love to see gone. They're not scared of you taxing them. They're probably actually praying that you do.

The second issue is that not all religious organizations that have money are greedy. There are groups, majority and minority, who donate and community organize for good social causes. You might think that churches, temples and other religious organizations with lots of money, or even a moderate amount of money, choose to keep it all for themselves, and that is simply not true. Even Pagans, as small as their groups are, have been known to raise funds and give charitable donations to hospitals and food pantries that total into very significant amounts. My own temple, in fact, which is Greek Polytheistic, has operated a food donation charity since 2011. In my area of the country, you'd be hard pressed to also find a town that does not have a food bank, thrift store, or a social safety net that is operated by a large church. It's simply not true that all religious people and groups keep all their money for empire and domination, as some would have you believe.

The third issue is what I have seen clearly with the political Left. Not all, but a significant number, and what I think is the actual motive behind religious taxation, and that is to get rid of religion all together. Many of them, by their own admission, do not think you actually have the right to live your religion beyond the doors of your church or temple, or whatever your organization may be called. The problem is that thanks to the Constitution, religion cannot be outlawed, and so what the opponents do instead is something to drive religion out of existence, like proposing heavy taxation on religious groups. If groups can't afford to exist, they will close down, and you have just banned religion without touching the 1st amendment. In my view, it's the same reason they want to be able to sue gun manufacturers for things that they had nothing to do with, so that people will be too afraid to make anymore guns, and thus the Left has just banned guns without having to fight the 2nd amendment. They can't get through the Constitution. Our founders made it hard for a reason. And so they have to find ways to get around it if they want to take down people and things they don't like. Money is the best way to do that.