Deluge of Deukalion & The Noah Myth 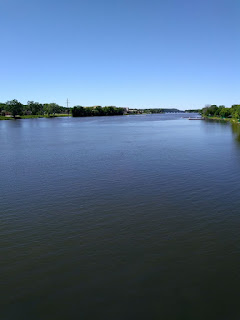 My family and I have been living in South Beloit for about a month now. When we lived in Elizabeth, we attended the Stockton Universalist Church for a while, but eventually rescinded our membership because we didn't like the direction that the new minister was taking the church. But last week, we decided to give the Rockton church a try, because it was the closest to our new home. Unfortunately, however, you never get a second chance to make a first impression. I did not like the atmosphere at all. They were all good people, but this particular church just wasn't my vibe. But something that struck me as interesting during this visit was the old biblical Noah story, as it was a topic of discussion in the program that day. It's like what Oberon Zell once said about Jesus. Oberon had spent many years learning about different savior Gods, and so when he heard about Jesus, he said, "Well that's just one more." That's kind of how I felt when I heard the detailed story of Noah. It was just baffling how remarkably similar it is to the ancient Greek story of Deukalion and the flood of the Bronze Age. If there's one thing you'll learn from studying ancient religion, it's that the bible is rarely original in its myths.

In the story of Deukalion, Zeus becomes outraged at the Bronze Age because of the barbarity of its humans. His judgement was ignited by the disgusting actions of an Arcadian king named Lycaon, who murdered a child, dismembered his body, and tried to give the remains to Zeus as an offering. Zeus, the King of the Gods, decided to wipe out the entire race of mankind by a flood. Now, if you'll remember the story of Noah, Yahweh was also disgusted with the evils of man and decided to flood them out and start over. Deukalion is approached by the God Prometheus, who finds Him and His wife to be of noble rank, and instructs them to build a chest to keep them afloat. The same basically happens in Noah. Noah and his family are found to be righteous by Yahweh and told to build an ark. The only difference is that Noah is instructed to put all the animals of the Earth on it (which would have been an outright impossibility, by the way). Once the flood waters recede, the chest of Deukalion lands on a mountain, and like Noah, He reestablishes the worship of the Divine (the Gods). It is Deukalion's hope that mankind can recover from its horrid past, just as it's Noah's hope.

The biggest differences in the stories is, of course, Polytheism and Monotheism, and the scale of the flood. The Greek story seems to suggest that only one region and civilization was flooded, while the bible states that the entire world drowned. Common sense also tells us that there is no possible way that Noah could have put all the world's animals on one boat. One species of animal alone can have hundreds of different breeds. Then there's the problem of geography. How did the animals from North, Central, and South America get over there? Did they swim 3,000 some miles across an ocean mass? The likelihood of that happening is just as likely as the story of Noah, not very. The only way to establish any validity to Noah is to argue that it was the world as it was known back then, and not the larger world we know of today. However, even in so doing, the biblical scholars will have to acknowledge that their book is fallible, which turns the ideal of the bible on its head. And, even if such acknowledgement is admitted, there's still no way that all the animals of Africa, Europe, the Middle East and Asia could have all gathered on one boat. It just didn't happen. I'm not trying to bash Jews and Christians. I'm just saying that their story is what it is, a myth.

The story of Deukalion is far more likely; a comparatively small, particular region of the world suffers a massive flood, and its civilization is uprooted by it. We know that ancient civilizations sometimes came to an end by natural disasters, such as the Thera eruption. The flotation device carried only a few passengers, who managed to survive the catastrophe by using it. Once over, the area would have had ample time to repopulate, given that another, already existing civilization didn't just move in and set up shop once the land was dry, which may be a more likely conclusion. We might also conclude from this that the flood destroyed a particular culture or city, and not an entire time period itself. We know that, sometimes in history, one culture came to an abrupt end, while the one next to it kept going. So it's very well possible that this could also be the case. In short, the story of Deukalion is not a massive impossibility like the story of Noah.
Posted by Chris at 12:54 AM 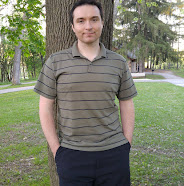