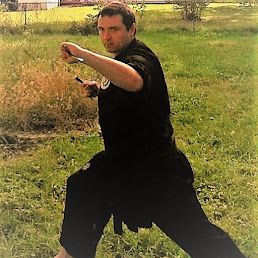 Chris is a black belt in TaeKwon Do and Mixed Martial Arts, and a white in Chinese Kung Fu. Chris has been a dedicated martial artist since 1997. In the summer of 1999, he entered his first martial arts school in Thomasville, North Carolina. The style was Moo Duk Kwan TaeKwonDo of South Korea, where he remained a student until 2003. He dedicated his life to the study of the arts and loved competing in tournaments. His first took place when he was a yellow belt, a local tournament held at Shady Grove United Methodist Church in Wallburg, North Carolina. He placed 2nd in forms and 3rd in sparring. Upon reaching blue belt, he entered the Raleigh Karate Open as part of the State Games on June 24th, 2000, where he placed first in forms and sparring, making him a state champion. He continued to compete in local tournaments afterwards, gaining various awards in events. Around 2005, his TaeKwonDo school shut down. From that point, Chris continued to learn from numerous sources until he moved to Machesney Park, Illinois in 2019 where he entered Chinese Kung Fu. 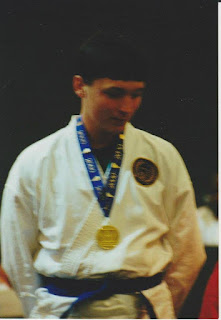