As a philosopher, I do a lot of thinking. This page contains my life philosophies, and hopefully, I can be a source of peace and enlightenment for someone else, and at times amusing. 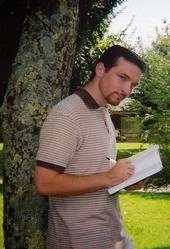 Sometimes you may find yourself defending the rights of people who wouldn't defend yours, but that's how you become American.

If you want to hear Death laugh, tell Him how rich you are.

Truth is not for people who want big circles of friends.

It's very easy for a nation to become fascist, but nearly impossible to undo once you realize what you've done.

The Gods never charge us money for the things we need. Greed and exploitation have always been human constructs.

Men are strong because our women make us strong.

You show American patriotism by fighting for the oppressed and powerless.

If you want people to feel like they're part of American history and culture, then let them be part of it.

Sometimes in order to find out who you are, you have to experience who you are not.

The Hero does things that the common man or woman is either unable or unwilling to do.

What is good and evil? Simply put, the Gods and the lack thereof.

I survived the end of the world so many times I realized that negative media is just there to rob me of my happiness.

Life threw its greatest challenges at Odysseus, but the challenges also brought Him to see many beautiful things and gain much wisdom that would have not been possible otherwise.

Each morning when you wake up, have a love for life and a heart grateful to the Gods.

Nature is the Gods showing us how beautiful they are, and also who is in charge.

Ancestry is beyond your doing. If all someone has to offer to the Gods is Greek blood, they don't have much to offer since they had no choice in the matter.

Life, perhaps, isn't about who is advantaged and disadvantaged, but rather all of us helping each other.

Science has never attacked my belief in the Gods, it's only confirmed and strengthened it.

Atheism believes that a braindead universe and a braindead earth just happens to all flow insync and accidentally creates all conditions for life, and if you believe that such things cannot happen without intelligence, you're foolish. But which belief is really the more absurd?

There are only two things that last forever: the Gods and taxes. Nothing that has ever troubled me in life has been of any consequence a year later, or even a month later. The nature of the universe is to change. All things must pass.

Always allow the goodness of the Gods to shine through you. You'll make the world a better place.

Moderation is about finding a healthy balance, to neither starve or overindulge, for both are equally destructive.

Each day is not just a gift, but a privilege, to be able to know and love the Gods.

Ears that spurn will the hard way learn.

Hellenism is not only defined by how we worship, but by how we treat other people.

If my neighbor's rights are not protected, neither are mine.

The Constitution shackles the government for a reason. Government is the greatest domestic threat to liberty.

There are no easy roads to the things you want in life, but the Gods will give you a chariot.

You will never end crime until you end poverty.

I've noticed that people who have a lot to say about others, haven't done much with their own lives.

I would rather live and die free than a slave, even if the chains gave me security and promises.

In my view, any man who is a father, and any woman who has gone through a pregnancy to be a mother, is a Hero, because it would take Heroes to willingly accept the risk and pains that child-bearing can bring, and to endure the years of stress that parenthood bears, all so that you can give life to someone you love, and who will probably eventually blame all of their problems on you.

When you're honest with yourself and others, you never have to worry about negative consequences.

Love will free you. It will not shackle you. If it shackles you, it's not love.

The world indeed has many dangers and many risks, but to allow that simple factor to stop me from living, means I might as well already be dead.

People tend to support tyranny more than freedom, because the hatred they have for others drowns their senses.

Fascists are predators and freedom is prey. If you ever leave it unguarded, it will be eaten.

To pretend to be something you're not is the greatest of all betrayals.

When we learn that America is for everyone, and that there's no one to "take it back" from, America will have finally succeeded in her experiment.

A man's sex drive begins at about age 16. But when he reaches 40, he becomes a philosopher.

Nothing has been harder to hold together than the American States. We've always been a divided nation, and it's always been over whether someone is a human being. Whether it was over slavery, sexism, segregation, homophobia or transphobia, our civil wars and conflicts have always been between a side that respects the humanity of everyone, and a side who only respects the humanity of some. If we are to ever rid ourselves of civil strife, we must rid ourselves of hate and ignorance now and forever.

Life can certainly be very hard, sometimes maddening, but I have found that the Gods are the joy that we can always experience.

I've seen enough death to know that it takes about a day for everyone to forget you. That's why I live each day not caring what they think, but rather, what my own happiness means to me.

On your deathbed, you will regret all the things you never did.

We've had charities for decades and yet poverty remains the same. Because charities do nothing to actually address the problem. Until we go in and actually rebuild neighborhoods, relieve debts, and feed and educate people, it's all just for show.

Always allow a complete examination before making any conclusions. Things usually aren't as bad as you initially think.

The worst thing you can do in life is see yourself as a victim. And sometimes it can be really hard not to, but abandoning victimhood is how you beat it. It's how you win.

Only the Gods own the Earth. Live by this ideal, and you will always have a safe and clean place to call home.

If you want proof that humanity has declined since leaving their ancient religions, just look at how they have no respect or sense of sacredness for anything anymore.

Humans must never think of themselves as Gods, nor manipulate things which only the Gods govern. The price is self-destruction.

Do not compare yourself to Gods, that is too high for a mortal.

A good priest or priestess prays and sacrifices for others more than they do for themselves.

As a Hellenist, things like race, gender, orientation or class do not occur to me. Poseidon would let us all drink from His river.

If you don't let your grief blind you, the Gods will give you peace, healing and purpose in every tragedy.

You cannot straddle a fence between devotee and defacer. You either respect the Gods or you don't.

No matter who you are, you're never immune to prejudice. You have to make a conscious effort to always be educated and open minded about the world.

Always love the Gods and each other, because in the end, there is nothing else.

Be yourself, because that's good enough.