Earth's Message For All Generations 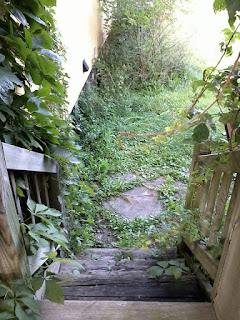 The Homeric Hymn to the Earth is one greatly revealing to human life throughout the Ages, and still holds true this very second. I have a great fondness for the Homeric Texts as I think they are more beautiful than the Orphic Hymns, both of which I have used in my rites, although the latter does provide much more information on many other Greek Gods in general.

Part of the Hymn in question says that the one who honors the Earth, has all things good and in abundance. This is not merely a worship of the Earth as many would probably think. In fact, one does not have to even view it religiously. It speaks a universal truth across all people and generations, for we all live on the same Earth.

The truth is simply this: anyone who honors and reveres the Earth, will have everything they need, because in honoring and revering, they will respect and care for the Earth. It doesn't have to be an act of worship. It can be as simple as being a good environmentalist.

We can follow the philosophy of this Hymn in many ways. For one, we free ourselves of greed. Gandhi once said that the Earth can take care of everyone's need, just not everyone's greed. One of the biggest problems humans have is an inherent desire to obtain as much as possible for themselves alone. This causes us to take from others, and to take more than we need from the Earth. Both of which can bring harm to ourselves and others. It's probably the top reason there's so much hunger and poverty even in our own country. When money and gain becomes the most important thing, nothing else matters. The concepts of honor even leave our thoughts. The best mythological lesson about greed today still comes from the legend of Midas, who was so consumed by his thirst for gold that even his own food turned into it, making it impossible to eat. In the end, he realized he could not eat money. Fortunately, the Gods had mercy upon him and removed the curse. Secondly, we honor the Earth by taking care of the land and resources. When we honor the Earth in this way, we ensure that, as the Hymn says, we will have all good things in abundance because our crops will grow, our soils will be pure, our waters fresh, and our air clean. The ancient Hymn understands what so many people still have not comprehended; we cannot separate ourselves from nature. Without it, there is no us.

In learning that there is no us without nature, there is also something else to grasp. Nature also doesn't need us. If we harm it and thus kill or harm ourselves in the process, nature will eventually return and thrive again. When we don't honor the Earth, as the Hymn says, we only harm ourselves in the end. The Hymn teaches us the universal truth that honoring and revering the Earth will produce our own longevity, a reward for our strong sense of responsibility.

Now we should not confuse this with being green hermits, as it were. There's nothing wrong, religiously or otherwise, with using natural resources in and of themselves. In ancient times, people used wood at times to create depictions of Deities. Where do you think they got the wood from? Yes, trees, and lots of them. Which means they cut down the timber and engineered it for a good use. Clearly, the ancient Polytheists and Pagans didn't see it as a religious affront or they would not have used it for religious purpose. But there must also be a level of moderation, care and reason along with it. The ancients didn't do anything that they knew would impair their lives or their ability to thrive.