Kronos & The Truths of The Legendary Age of Gold 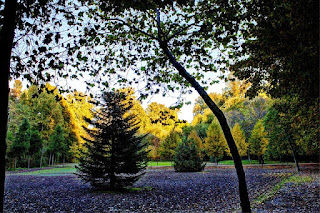 The 12th of July is approaching, which means the Festival of Kronos takes place on the Attic Calendar. In Greek Mythology, the rule of Kronos was described as the Golden Age, a time of complete bliss and happiness. No one had to work and everything was abundant. Interestingly, the bible also talks about such a time. In the garden of Eden, man was basically happy and provided for in the beginning until he was thrown out, and from that point, he had to work for a living and experience all the hardships of life. So some of the world's largest and most influential religions, those being Greek and biblical, seem to believe there was a previous time not as hard as this one.

But in the past when I've talked about this Greek story, people wonder, Do you really believe there was a time when people didn't have to work? Isn't that a little far-fetched? Isn't that more of a wishful thinking or even a fairytale?

I think what we have to consider is what the Greeks of the time considered to be life's hardships. When man first evolved into more of the species we consider of human lineage today, it probably was comparatively a time of splendor and bliss. There were no cities or civilizations and no need for money. Quite likely, you chilled out with your tribe during the day, and ate some meat or picked some fresh berries for lunch that didn't cost you anything. Comparing to our time, there was no water bill, no electric bill, and no rent or mortgage. There were no prisons or really any laws to follow other than tribal expectations. Only when man progressed into the species we know of today, did we acquire all of these things. We settled down and a need grew for labor and commerce, and also for strict laws and punishments governing those civilizations. Times significantly changed throughout human evolution, sometimes for the better but also sometimes for slightly worse.

The ancient Greeks clearly knew of evolutionary processes because they put mankind into different stages of development. There was no "one and only" model. Just by reading their mythology, you can tell they clearly believed that the man who preceded them was a different kind. They put man into different Ages, or what we today might refer to as Stages in the evolutionary timeline. And furthermore, that the old Ages ended and new ones began. Hesiod even foretold that our own Age would eventually come to a close and the next would open. In comparison to Hesiod's time, the older Ages probably were somewhat easier or better.

Of course, despite what disadvantages we may have in our own Age, I doubt most of us would be willing to give up all of our wealth and modern conveniences. We kind of take the good with the bad in hopes that the former will always outweigh the latter.