Confessions of a Hellenic Priest 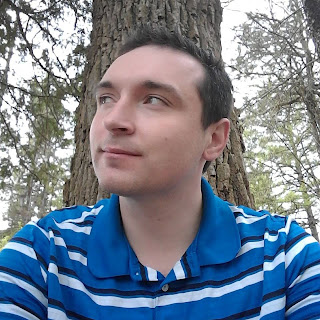 Being a priest is one of the hardest jobs, because you give your heart and soul to seeing the best and worst of the world. It's a serious job you have to enjoy and feel called to, and therefore, should always take seriously; never with a light heart in any form. A lot of people think that the life of a priest is one of universal peace and silence, but far from it. As with most professions, there's good and bad sides, but being a priest or minister, or any kind of head clergy, is an endeavor all its own. The good side is that I get to lead rites, run my temple, write books, post blogs, and go to public speakings. But the bad side is that I may have to go to a hospital and minister to someone who is dying, or about to have a life-threatening procedure. I could lead the funeral of a close friend or family member while having to keep flawless composure. I am in a profession where I literally have to contemplate how I would give someone their "last rites" as it were, whether they be man, woman or child. I could also be sent to minister to the extremely ill or disabled, or places where natural disasters have occurred and people are literally lying on the streets. Fairly recently in my clerical career, I've been into a nursing home regularly for a patient who was in very bad condition. I have also been called this summer up to the University of Wisconsin in Madison to bless a patient before they have a serious surgery.

It's tough, not only to see people in hard situations, but to keep going back. The stresses are real. It can work on your mental and emotional state to see and experience the worst parts of the world and human life, even if it's matched or outmatched by the good. Still, I love the job, and I wouldn't give it up for anything. It's a strong commitment, which is why I get frustrated when I see people grasping for ordinations for mere prestige or because they read a book or led a ritual and now think they have the knowledge and experience. They want the title simply because it's a title and they can have control or authority in or over something. Many of these people would probably never do some of the things I do, or am prepared to do. I don't say that to sound better than anyone else, but to simply reveal what it really means to be a serious clerical leader. One of your jobs is to take care of people, and that means in life as well as death and despair.

For these reasons and many more, I don't like organizations that ordain people upon request, like the ULC. I think being clergy is a serious job that some will understand better if they actually seek it outside of mere prestige. A lot of people think that being a priest or priestess means something that it doesn't. It's all well and good to build temples and worship areas, of course. But we also have to get down to the "blood and guts" of the profession, if you want to call it that. It's like a firefighter who just wants to drive the truck and never go into the burning building. Is that really a firefighter? Or a doctor who never wants to see sick people, and a police officer who never wants to patrol bad areas. Are they really performing their jobs? You have to be prepared to do the glorious things along with the hardships, and I think that if you refuse those things, or enter the clergy without understanding why those things are a necessary part of the job, you have lost the meaning of the role.

I imagine, for example, that the Oracle of Delphi didn't always have happy questions asked of her, or easy advice requested. People had more troubles back then than they do now, at least in terms of comparing ancient Greece to the modern United States. I imagine she had to hear unpleasant things, and counsel people as best she could interpret. It probably also plagued her mind to wonder what would happen to people if they misunderstood her, or hear what fate had indeed fallen upon them because of such an error. Yet, she did her job no matter what. She understood she had to take the good with the not so good.

But I have also found that experiencing the best and the worst is good for personal and spiritual growth. Life is not a painting on a canvas, but a boat on a river. It's a journey, a trip, that forms your being and wisdom. Be willing to experience.