Wisdom of the Myths 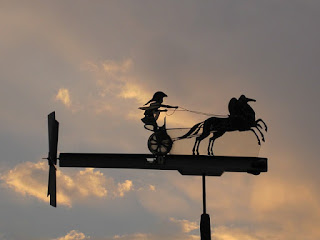 While I am a deep-thinking philosopher in my Hellenic religion, I also like to consider myself an equally deep-thinking Mythologist. I even consider it to be one of my professional titles. In the Hellenic community, we often like to put all of the myths on the back burner of metaphor and allegory; merely symbolic, and not something upon which to base the Gods or our religion literally. It's true that many of them are the case, at least insofar as humans would think them to be, but what I find lamentable is the lack of focus on the wisdom that is found within the myths themselves. Most of us first learned about the Greek Gods through Greek mythology.

I spent Labor Day with my wife and son traveling to Monroe, Wisconsin. When I go on trips, no matter how close or far, I tend to enjoy a good book of mine along the way, and this time I decided to bring along an edition of Classical mythology, mostly concerning ancient Greece. It was a book of strictly mythology, and I wanted to brush up on my knowledge concerning it. This work was different than all the others of its kind I had read, because it actually gave some deep, underlying meanings of the stories, and even paired them with facts of science and psychology.

One story I really enjoyed was the tale of Selene (Titan Goddess of the Moon) and the mortal man She fell in love with (Endymion). Of course, Greek mythology is filled with stories of the Gods having relations with mortals, and it made me realize how much the Gods must really care for humanity, because they routinely fall in love with us, sometimes so deeply that they left their Godly duties for a time. We are but mortals, and yet we draw the attention and admiration of the Gods so much. I also greatly enjoyed the timeless story of Phaethon, the ill-fated son of Helios who dared to drive his father's sun chariot, despite his father's dire warning to stand aside. This story not only tells me that it's best to know my limitations, but also that refusal to listen to the Gods can only bring disaster. It's basically a story that tells us the Gods know better than we do. And while some may think of these stories as metaphors or allegories, are the teachings untrue? Certainly not.

I also think that the myths teach us truthful things about Gods and Heroes, such as when The Iliad places Achilles as a defender of truth when He vows to protect the soothsayer from Agamemnon, when it calls Odysseus a good counselor, that Zeus resents liars, that the Gods will not stand in our places when we can help ourselves, and that the Gods are righteous - which means they may not always be loyal to the Greeks simply because they are Greek. An example would be when Apollon attacked the Greeks for kidnapping the daughter of His priest in The Iliad. All the Greeks believed in and revered Apollon, but He cared most about the righteousness of only one man.

The myths, while many are not to be taken as literal reality, can certainly teach us things that are literal and that are based in reality, and in the truth of our religion and spirituality.

In the Goodness of The Dodekatheon,
Chris.
at September 08, 2016