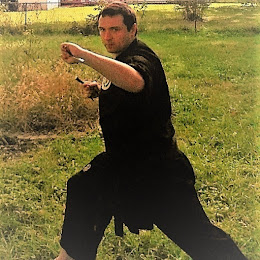 Chris has been in the fighting arts since childhood. From 1999 to 2003, he entered his first school of Moo Duk Kwan Tae Kwon Do in Thomasville, North Carolina. He competed in his first tournament in 1999 at Shady Grove United Methodist Church in Wallburg, North Carolina as a yellow belt, placing 2nd in forms and 3rd in sparring. By the time he was a blue belt on June 24th, 2000, he competed in the State Games in Raleigh, North Carolina and took home the gold in both sparring and forms, making him a state champion. He competed in his last Tae Kwon Do tournament in 2003, placing 1st in forms and 3rd in sparring, at the local competition in Wallburg. His school, Kicks Martial Arts, went defunct and closed its doors forever around 2005. Chris continued his practice into mixed martial arts and eventually started traditional Chinese Kung Fu in 2020 in Rockford, Illinois. He continues to compete in local tournaments in the Wisconsin area. 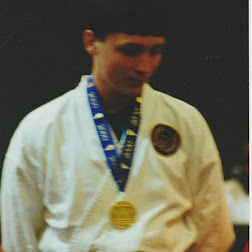