The Ingredients of Chris Aldridge ~ DNA Results Are In! 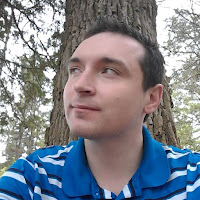 Many of you may know, I took an ancestry DNA test from ancestrydna.com back in October. For years, I have been trying to research my heritage. I knew there was no way I was getting out of English and Scottish, but perhaps I also had some Greek or at least Mediterranean in me, since I had long suspected it, and it would be wonderful since that's where my religion comes from. In fact, since high school, Greece has always been a great love of mine. I've even entertained the thought of retiring there. I cannot imagine the happiness I would have if I were able to securely spend my final years in a beach house in Athens or Crete, but again, that's just a thought.

After looking through family records and name origins for the longest time, it became apparent that there was only one way to know for an irrefutable fact where my bloodlines come from, and that's through DNA, because DNA doesn't lie or make a mistake. It is what it is. So for my birthday, my wife ordered me the kit and I took the test on October 28th. It was received by the lab on November 6th, and completed on November 30th. It's really amazing to fathom that spitting in a small vial will reveal your entire world history, but we can do astounding things today. The test not only tracks your ethnic origins, but also the migrations of your people and living relatives. So it was well worth the time and money.

When my phone messenger finally rang with the notification that the results were ready, I paused in nervousness for a bit, afraid to look at the fact that I may be nothing I had hoped. But I realized that the important thing to remember when doing this is that it does not change who you are now, even if the facts aren't what you expected. Chris Aldridge is still Chris Aldridge, and you will still be you. As a martial artist, I'm not one bit Eastern Asian, but I am still a good martial artist, and always have been. When I won medals and trophies, the fact that I wasn't Asian didn't change it. And even if you are nothing of what you wanted, there can be good and proud things found about the history of every culture. Enjoy my DNA profile. You will know me a little bit better now. 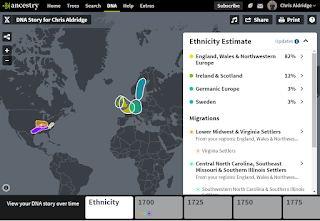 In my conclusion and final statement on the results, for starters, I am deeply grateful to my wife and the scientists who worked to tell me all the places I come from and close the books on my ethnic searches for good. It was very exciting and a great honor. Second, while the results were not all I had hoped for, I look at it this way, the Roman Empire, which may also connect to me through Northern Italy, was heavily steeped in ancient Greek culture, and they conquered much of the European regions I came from, which aided in bringing the Hellenic culture to those places as well. France has many Roman ruins. Not to mention that France likely had contact with the Greeks via the Pillars of Herakles. So there is much to consider, and also much history to think of concerning these parts of the world. France is a pretty cool place generally, and Italy definitely has a lot of ancient heritage, both of itself and the Mediterranean world. It wouldn't be far fetched, I don't think, to entertain the idea that ancient Italy also runs through my veins, whose culture is connected to the Greeks. Certainly, it cannot be denied that I still come from the Classical World.

As far as the migration records, I expected to be heavily steeped in Southern United States, but I was actually surprised to find that I am also from the Southern Illinois area. I never knew that until now, yet I married a girl from Illinois and moved to the state years ago. I found out a great deal about myself today.

In the Goodness of the Gods,
Chris Aldridge
Posted by Chris at 8:42 AM