A Message to Wiccans and Neo-Pagans 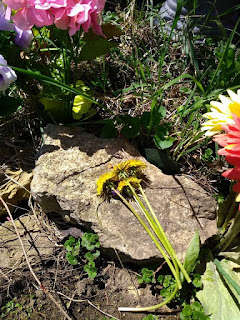 All of us, even those who are Reconstructionst, are Neo-Pagans to an extent, because even those of us who practice the traditional ways do not, and indeed cannot, bring back everything that was done in ancient times. No one sacrifices 100 oxen at Panathenaia anymore, or refuses to use modern conveniences for their practices that didn't exist in ancient times. We even create new prayers and rituals based on traditional formatting. Even though they have an ancient base, they may or may not have existed as preformed in ancient times. Bottom line, as time moves forward, we all change and grow. In some cases, it's actually impossible to reconstruct because the information is lost, and so we fill in the gaps ourselves. This all constitutes a form of Neo-Paganism or Neo-Polytheism, which means "New." It all constitutes a movement from the past and toward the future.

As someone who is more of a Hellenic Reconstructionist, if I could say one thing to the Wiccan and Neo-Pagan community regarding the Greek Gods, it would simply be this: Don't be discouraged by traditionalism. Some people out there may want to incorporate the Greek Gods into their practice, but they also do not want to be a Reconstructionist or even an exclusive Hellene. That is ok. You can still connect with the Greek Gods no matter what your religion or specific Path is. In my work, I do my best to speak to all people who may want to follow Hellenic religion, but you do not have to forsake Greek spirituality just because you're not a Reconstructionist. The Greek Gods can and do respond to Wiccans and Neo-Pagans too. There is no Apollo and Athena for Wiccans, and a different Apollo and Athena for Recons. They are all the same Gods. In fact, I do not know of any Wiccan or Neo-Pagan book that does not mention Greek Gods.

If there was ever a time when Pagans and Polytheists all needed to come together, it's now. I long for the day when we're not so different that we have to remain divided. I hope for the time when we are all kin of the old and natural ways, even if some of us may do it differently than others.