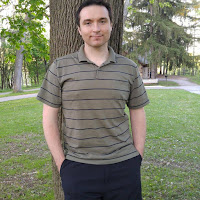 Some people may raise an eyebrow, or develop fearsome worries, when they hear me say that I am an extremely religious man. Ideas of radical extremists who hate and ransack may fill their minds. The term "religious" has unfortunately, even in some Pagan circles, grown to possess a dark shadow. Contemporary Paganism seems to hate the word at times in my experience. Many prefer their way of life to be called a Path, or a Spirituality, and that's perfectly fine. But I think the term religion gets an undue wrap sometimes. If people don't attribute it to radicalism, they connect it with a lifestyle of self-loathing. However, the ancient Pagans were the most religious people ever known, and it is from them that we draw our spiritual and physical ideals of Heroism, personal achievement, the celebration of humanity, and the never-ending pursuit of knowledge and wisdom. The ancient Greek religion and culture, as an example, gave birth to many of our modern philosophies and sciences even today. It was not until the dictations of Monotheism took hold that being religious carried a negative connotation. It was not until that time of theological tyranny that people were taught to hate themselves, forsake knowledge, and spend their lives wallowing in the filth of their own "original sin."

The Hellenic religion, and indeed, Paganism and Polytheism itself, is of no such thing. There is no theological tyranny, personal dictation, or "original sin," nor does the word "worship" inherently entail these things. I am extremely religious, extremely spiritual, and I take my worship extremely seriously, as did my Polytheistic ancestors, but I am not a radical in society. I don't insist that everyone believe in my Gods, or follow my morality. Even people who do believe in the same Gods as me, I don't proclaim myself to have the "one true way." Yet, I also feel extremely secure in my beliefs, practices and life in general. I can't explain how wonderful it feels for me to pray at my temple every day. I don't know where I would be without my Gods and my way of life. One reason I am all these things but not radical is because my religion teaches, among other things, that I can live in love with my Gods and not feel threatened by those who may not. The natural right of humans is the freedom to believe and live how they wish. This right is given to them by the Gods themselves, and it no more applies to me than to someone on the other side of the world.

Religion is not a naturally radical or intolerant way of life. Religion, in some cases, was made that way by special interest groups who wanted control of everyone and everything, and since religion was a huge part of life in those days, it became their top exploit. But religion in the ancient Pagan days was about honoring the Gods who ruled over nature and the universe. It was about a farmer thanking Demeter for his crops, or a soldier sacrificing to Ares so he could defeat the invaders of his homeland, or a politician looking up to Athena for wise counsel in governance. Yes, many of these civilizations were ruled by religious law itself, but even when Alexander the Great conquered the known world, he allowed the cultures to keep their Gods and way of life. In fact, he greatly admired certain Egyptian divinities as different manifestations of his own Gods. Some new, intercontinental Gods were even introduced to unite Greeks with other people, such as the case with Serapis, who possessed both Greek and Egyptian characteristics. The Greeks were not commanded to wipe out every belief but their own, nor did they feel a need to, more importantly.

In the Goodness of the Gods,
Chris Aldridge.
Posted by Chris at 3:03 PM