The Gods Are There, Even In Your Dreams 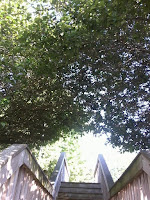 Come with me into the deep and mysterious world of dreams, as we explore one of my own recent parallel dimensions. In other words, a very vivid dream I had. I normally don't place a lot of emphasis on my own personal dreams, but in this case, it was so real and telling that I consider it one of my experiences with the Gods, especially since there are still many people in the Pagan world who swear by dream divination and interpretation. Dreams can mean many things to the person having them, many of which I will discuss here pertaining to myself. But for now, let's see what I saw the other night.

At times, our dreams are the only places where we are at complete peace in our uncontrolled visions, where we can find solace. Other times, it can be a realm of terror, but only if you don't know how to take control of the dream. This is a very difficult thing to do, and even I myself fail at it 99% of the time. But on the night in question, I managed to realize that I was in danger and that I had the ability to fight it by all means within my ability.

I first encountered a single creature, hideous in appearance; a monster in the least. It's skin was brown and its entire lower face nothing but long, sharp teeth. It dressed in a dim cloth. "I have come to take my portion," it said evilly as it tried to eat my arm. It seemed that the more I tried to fight it off, the more I realized that I was, in fact, surrounded by monsters or malicious spirits, focusing their attacks and terror on me. At some point, I seemed to realize I was in a dream, and at that point, I prayed to the Gods, namely Athene and Apollon since they have, in my experience, been among the best to call upon for fighting off evil. The more I prayed, the more disturbed the creatures became, screaming at me, "WE HATE YOUR PRAYERS!" Eventually, the sun began to come through at times and the creatures no longer had any control over me. I woke up a short time later.

What's the meaning of the dream? Did my invocation of the Gods remedy the nightmare? Quite likely so, because the Gods hear us in any form we send, and can respond in any way, and in any world they wish. But what about the monsters and evil spirits? What did it all mean? Was I literally being spiritually attacked? This I cannot say for sure, but the dream most certainly has literal meanings. The fact that the first monster wanted to eat my arm is symbolic of my own personal power. Perhaps it was a warning that evil and negativity of any kind will strip me of my personal power, potential and life should I let it take over, instead of trusting in the Gods. Because trusting in the Gods and following them is a positive life. Anything that brings me away from that, is bringing me away from the Gods themselves, and thus away from goodness. Things which are evil or negative, especially if they come from within our own selves, are constantly fighting for control of our being, and it's up to us whether or not they win.

This spoke to my own depression and anxiety struggles in life. Sometimes, I let sadness and hopelessness take over for long periods of time, and the more and more I allow this to happen, the more it impacts my life and the people in it negatively. This dream has taught me essentially a strong way to fight it, and the price of giving up.

In the Goodness of the Gods,
Chris.
Posted by Chris Aldridge at 1:14 PM